On Tuesday, Microsoft started the rollout of the Windows 10 October 2020 Update, which is now available on PCs running version 1903 or newer. If your computer is compatible, you will be presented with an option called “Download and install now” rather than being forced to use it.

Since the October 2020 Update is available for download, companies are now releasing new driver software to improve compatibility with this new version.

Earlier this week, Intel published DCH graphics drivers version 27.20.100.8853 for Windows 10 with complete support for version 20H2. Intel has now started rolling out the graphics driver to everyone via Intel’s Driver & Support Assistant. 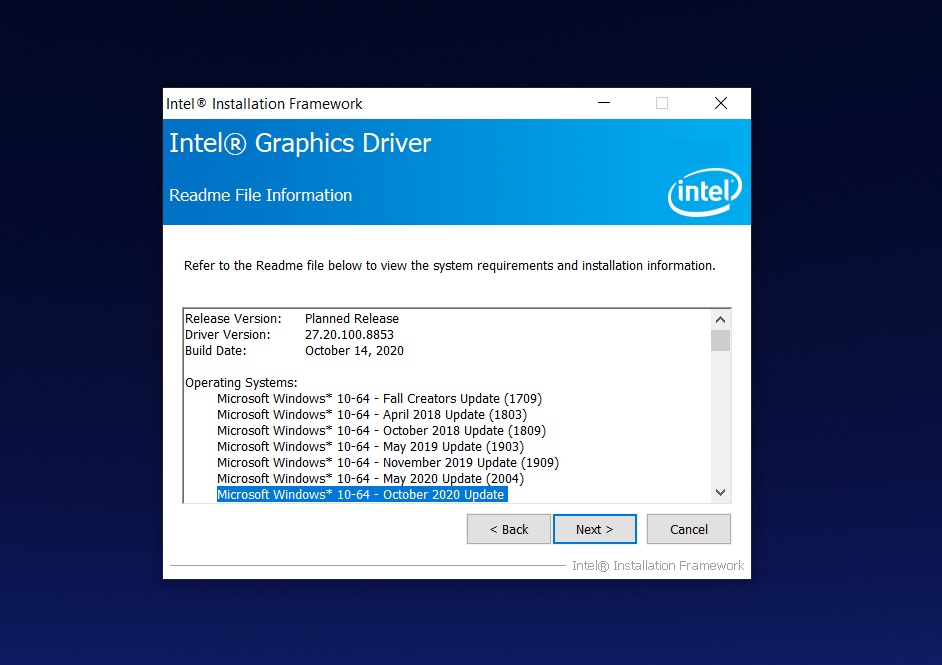 In case you do not know, Intel graphics still doesn’t support Windows 10’s hardware-accelerated GPU scheduling, which was announced in May 2020. For those unaware, GPU-based hardware acceleration allows both integrated and discrete graphics to handle their own memory.

Intel promised that they will add support for Windows 10’s GPU acceleration feature in a future driver update, but it’s still missing for some reasons. 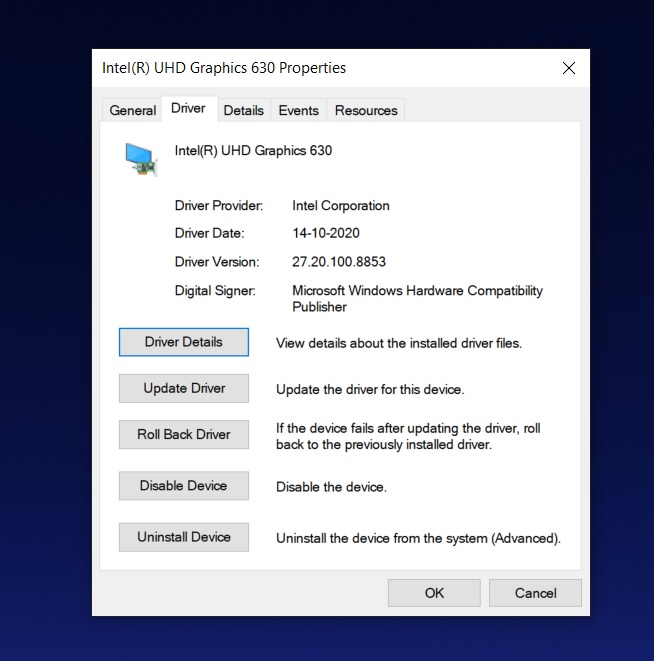 Apart from October 2020 Update support, Intel DCH version 27.20.100.8853 doesn’t have much in terms of new capabilities, but it adds support for new games, including Age of Empires III: Definitive Edition and The Ancient Gods – Part One expansion.

The driver update also improves touch latency when using a pen in OneNote and other inking apps. Intel has also fixed graphical glitches observed in Microsoft Edge (Chromium) browser. Likewise, another bug has been fixed where users might see a black screen on the second screen.

For those interested, Intel DCH drivers for Windows 10 20H2 can be downloaded using Intel’s Driver & Support Assistant tool or from its website in .exe or .zip formats.