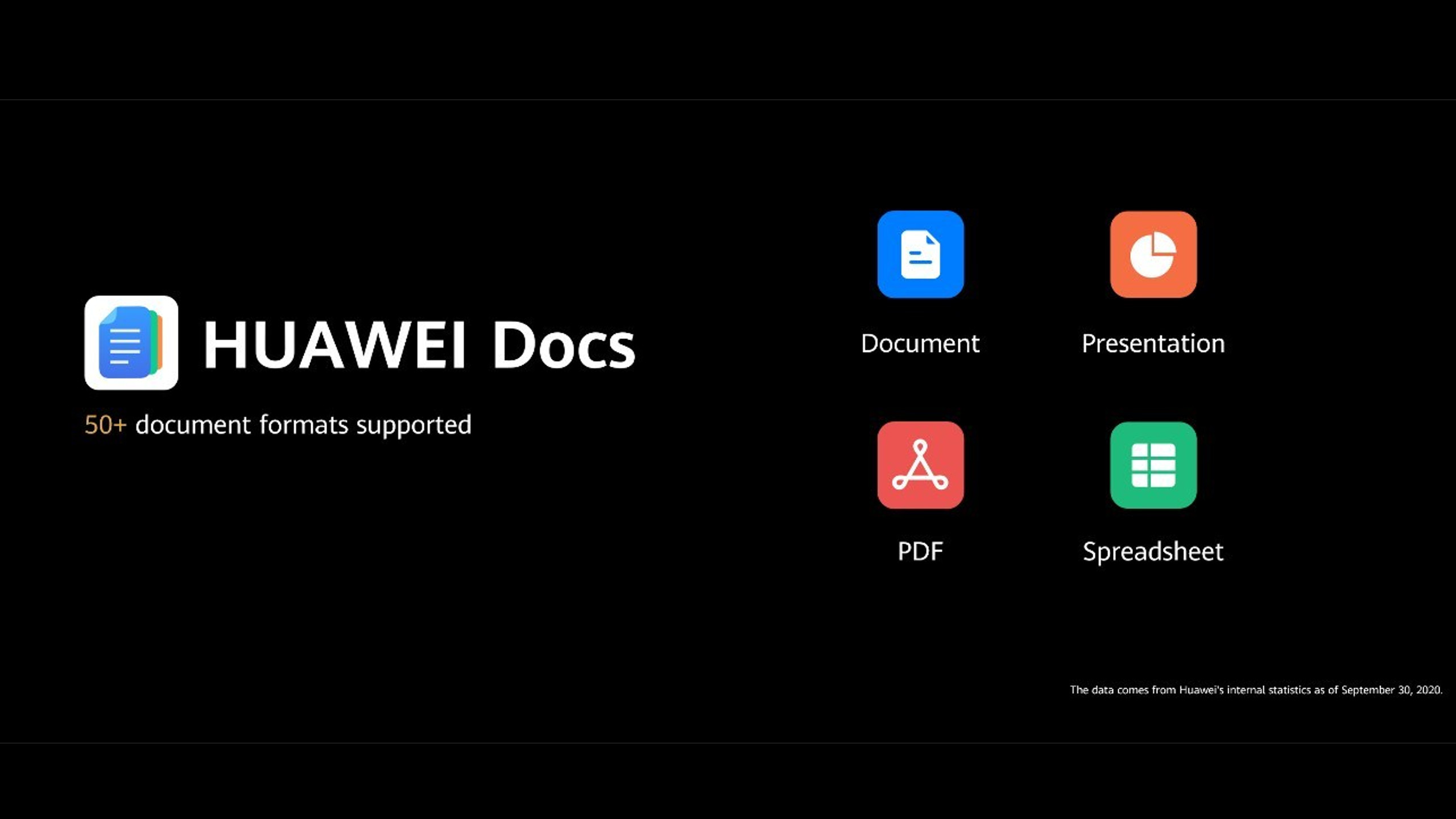 Huawei has announced that it is entering the world of office productivity software. The announcement of Huawei Docs, which contains the likes of Document, Spreadsheet and Presentation, aims to serve as alternatives to Microsoft Word, Excel and PowerPoint respectively.

Huawei Docs is available to users of Huawei Mate 40 devices based in more than 100 countries and supports document editing across 50-plus formats. Real-time syncing through Huawei Drive also means users can make changes to the same documents across multiple devices using their Huawei ID.

The launch marks Huawei’s first foray into the world of office software suites and could propel the Chinese smartphone maker to even higher sales figures. Although the firm holds top spot for global sales, it has struggled in the west partly because its phones cannot run Google software. If well-received, Huawei Docs may help plug this gap.

The Huawei Docs announcement came at the Huawei Mate 40 Series smartphone launch event and was accompanied by a number of other interesting additions to the Huawei Mobile Services ecosystem.

Huawei also announced an update to its own official search engine app, Petal Search, which is available in over 170 countries. Results are also now available in a visually richer format, presented as information cards rather than weblinks. Visual and voice search functionality, both supported by Huawei’s AI capabilities, make for a more holistic search experience.

Vivaldi is the latest browser to block FLoC